Festergrimm is all about a town called Eerie-on-Sea where strange things happen. It is the fourth book in the Eerie-on-Sea series of mysteries written by Thomas Taylor and published by Walker Books

When an old enemy attempts to attack Eerie-on-Sea by releasing a giant robot into town, it’s up to Herbie and Violet to save the town again and learn about their past. 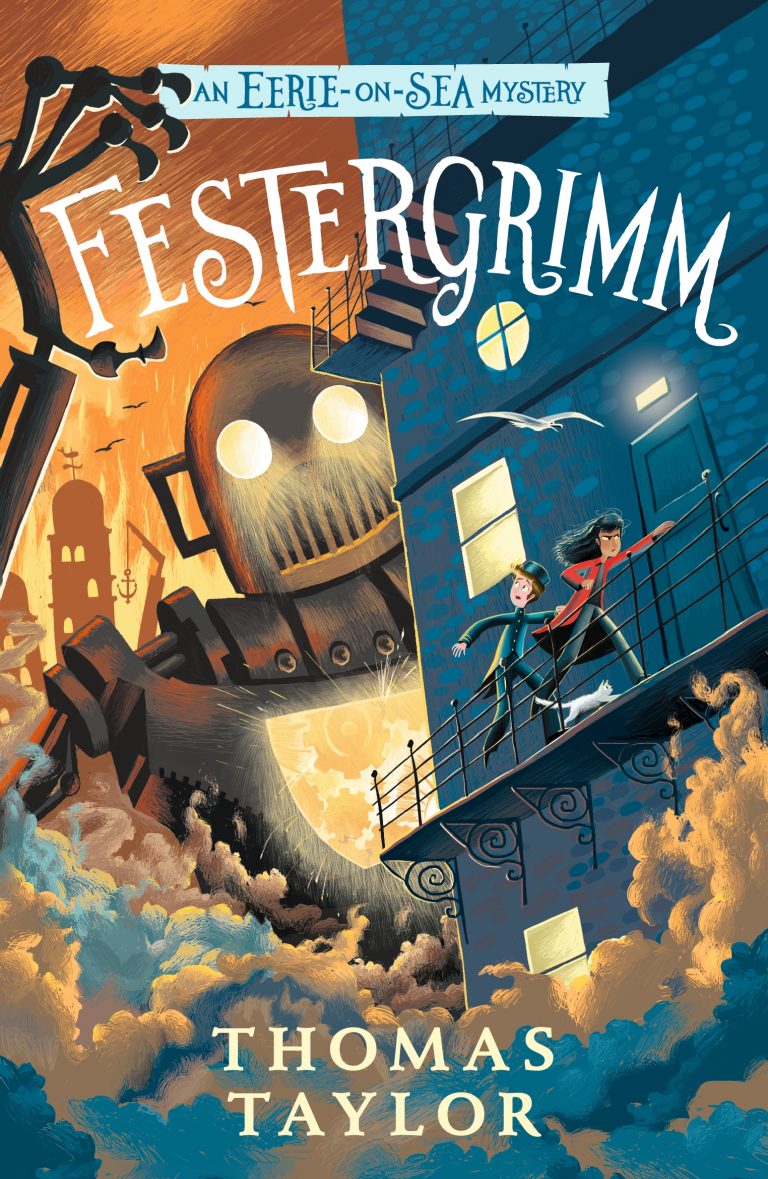 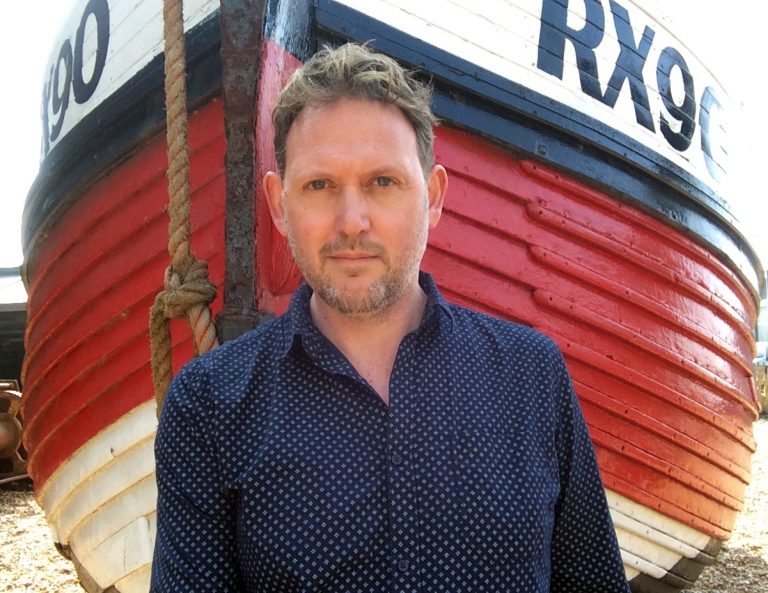 Thomas Taylor is the best selling author of the Eerie-on-Sea mysteries. Click on the link to visit his website to find out more about these books.

In my opinion, this is the best book so far in the Eerie-on-Sea series

My favourite character is Ludo Festergrimm because of the way he changes throughout the story from a kind toy maker to an evil scientist.

In a way, the series is similar to old sea legends because the books often have sea monsters in. This is actually the second Eerie-on-Sea mystery which doesn’t appear to involve any sea legends, but I wondered if it is inspired by ‘The Iron Man’ by Ted Hughes. The series includes lots of characters and stories from old legends and folk tales. I like this because it’s nice to be reminded of old stories and it gives this book the same sort of feeling of a tale you might know already. It also gives the story a sense of mystery because you slightly recognise some of the monsters.

I like the way the plot is laid out and how everything fits together perfectly at the end with no loose plot holes. It has great twists that you don’t see coming and a great ending. I enjoy the preview of the next book at the end because it leaves you wanting more.

In my opinion, this is the best book so far in the Eerie-on-Sea series. It’s a good creepy story with the way you are never quite sure if the waxworks move or not, which makes it suspenseful. I enjoyed the way the twists are unexpected most of all.

I would say this book is good for ages 10-13. Fans of Kieran Larwood and Katherine Rundell would enjoy it. Overall I would rate this book 9.5/10, because I enjoyed it so much. I was sad when I finished reading it so I started reading it again. If I could improve anything about it, I would change it so it could explain the first three books more just in case someone hadn’t read them. 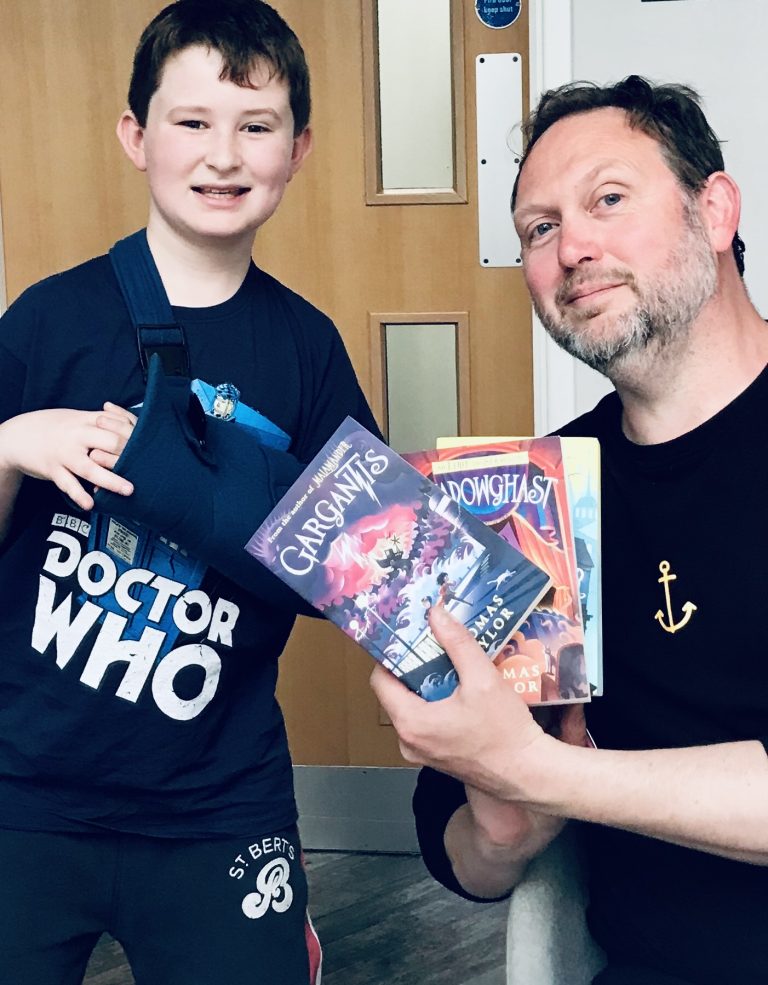 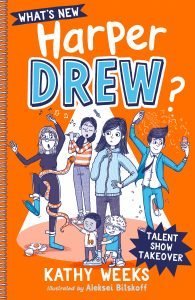 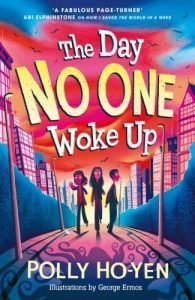 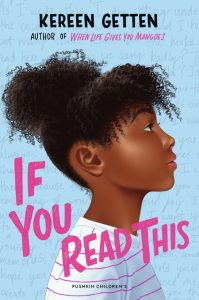 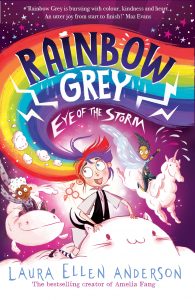 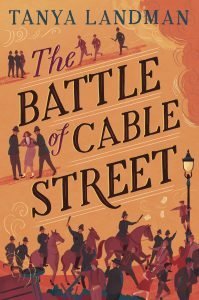 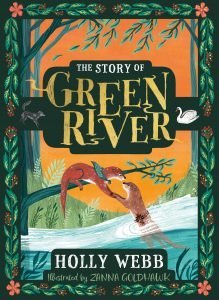 Kid’s Book Review: The Story of the Greenriver 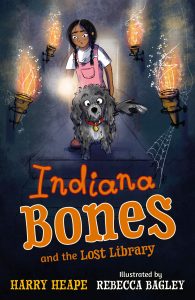 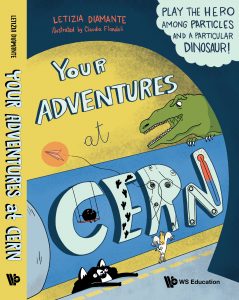 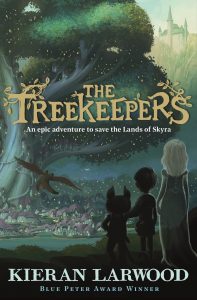 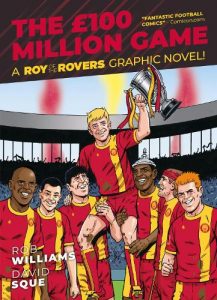 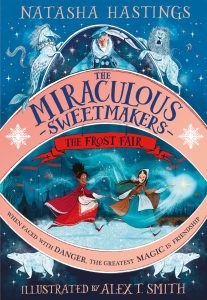